Evacuations were prompted in New Orleans and along the coastal region as Hurricane Ida slammed Cuba on Friday and projected to slam into Louisiana with catastrophic fury over the weekend.

Ida reached western Cuba on Friday and quickly strengthened from a tropical storm to a hurricane with maximum speeds of 128 km/h. 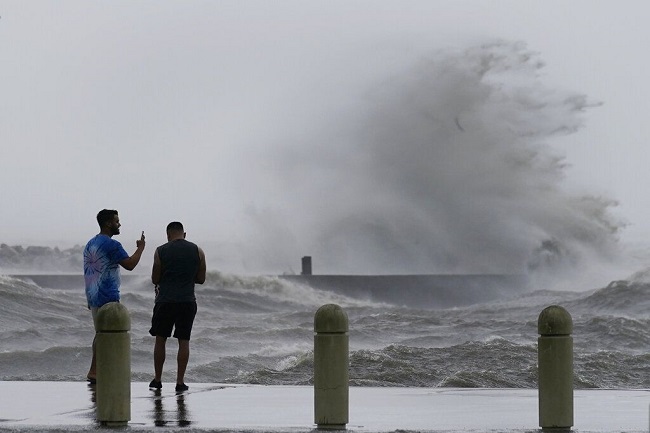 Before making landfall along the U.S. Gulf Coast late Sunday, the U.S. National Hurricane Center forecast that it will intensify into a very hazardous Category 4 hurricane with top speeds of 225 km/h.

During a press conference on Friday with Louisiana Governor John Bel Edwards, National Weather Service meteorologist Benjamin Schott warned, “This will be a life-altering storm for people who aren’t prepared.”

“By dark tomorrow night, you need to be where you intend to be to ride out the storm,” the governor told the populace.

Mayor LaToya Cantrell of New Orleans requested that people leave on their own volition. She said that it was impossible to issue an order for a mandatory evacuation, which typically entails using both lanes of highway traffic to get people out of the city due to the storm’s rapid intensification.

Elderly households were urged to consider moving, according to city officials, who also warned that residents should be ready for protracted power disruptions. Emergency management director for the city Collin Arnold predicted that the city would see strong winds for ten hours or so. Residents who live outside the city’s levee protections—a relatively small portion of the city’s population—were ordered to evacuate earlier on Friday.

Other coastal communities were subject to a mix of voluntary and required evacuations. On the exact same day that Hurricane Katrina ravaged a significant portion of the Gulf Coast precisely 16 years ago, the storm is anticipated to make landfall. Capt. Ross Eichorn, a fishing guide on the shore approximately 112 km southwest of New Orleans, expressed concern that Ida will “turn into a monster” in the warm Gulf waters.

“With a direct hit, there’s no saying what, if anything, will be left,” Eichorn added. “Anyone who isn’t concerned has something wrong with them,” he continued.

Much of Louisiana’s Coast is Under Warning.

Most of the Louisiana coast between Intracoastal City and the Pearl River’s mouth was under a hurricane warning. The Mississippi-Alabama boundary was added to the tropical storm warning.

The decision was made not to evacuate the hospitals in New Orleans. Hospitals from Texas to Florida are already overwhelmed with an increase in coronavirus patients, so there isn’t much room for their patients elsewhere, according to Dr. Jennifer Avengo, the city’s health director.

Ochsner Health System, the state’s largest hospital network, has backup fuel contracts for its generators and executives have ordered enough fuel, food, and other supplies to last for 10 days. One encouraging development was that over the past week, the number of COVID-19 patients fell from 988 to 836, a 15% decrease.

Prior to the hurricane, US President Joe Biden gave his approval for Louisiana to be declared in a state of emergency. According to Jen Psaki, the press secretary for the White House, FEMA expects to send close to 150 medical professionals and close to 50 ambulances to the Gulf Coast to help overburdened hospitals.

Ida Might Make Landfall 16 Years From the Day Katrina did.

When Hurricane Katrina made landfall as a Category 3 storm close to the riverside village of Buras, just across the Mississippi from New Orleans, it was 16 years ago today, if the forecast comes true.

Around the Mississippi-Alabama state boundary to the central Louisiana coast, Katrina is thought to be responsible for 1,800 fatalities. A tremendous storm surge swept the coastline, obliterating every property in its path. Federal levee failures caused devastating flooding in New Orleans. Eighty percent of the city was submerged in water, and many residences had water up to their roofs. In their attics, some people drowned. Tens of thousands of people were left stranded without power or running water, turning the Superdome and the New Orleans Convention Center into scenes of oppressive suffering.

Many people who rushed to get ready for Ida on Friday, lined up for groceries, petrol, ice, and the free sandbags the city was providing, were still troubled by memories of Katrina.