You probably already know that having a physical game cartridge can be a drawback because of the ease with which it can be broken or otherwise rendered useless. The card could stop working if it were to get scratched or exposed to the elements.

Messages like “The software was unable to start” will appear when a gaming card malfunction is detected. Either “The game card slot is empty” or “Return to the menu and try again,” or even “The system does not recognise the entry of a game card,” will appear. 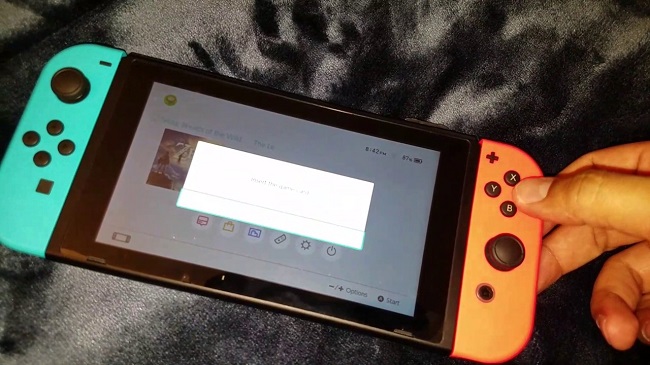 I’ve already covered what causes this problem, so let’s jump right into fixing it.
If you’re seeing an error message about a game card on your Switch, you can solve it by following these

For some games, you’ll need to update your Nintendo Switch before you can play them. The game only works with the most recent firmware update for the Nintendo Switch, so if you don’t have that, the device won’t be able to read the game card.

Performing an update on a Nintendo Switch is as follows:

After the update is complete, remove the game card and restart the system. Maybe it’ll do the trick.

Method 2: Please Power Down Your Switch.

If you’re having any kind of nagging problem with your switch, you should always try restarting the console first. The small issues will be fixed if you reboot the console. Keep the game card in the Switch and restart the system. Restarting the Switch will allow the inserted card to be used. This strategy has helped a number of people. You, too, should try your hand at chance.

Here’s how to power cycle your Nintendo Switch:

When the system restarts, select the problematic game from the menu. It ought to fix the issue, but if it persists, try the following one.

A game card may not be read by your console if there is any chance of data corruption. Game card errors might occur if the Nintendo Switch’s cache becomes corrupted; clearing the cache might solve this problem.

Here’s how to clear the Nintendo Switch’s memory:

If the issue still persists after clearing the cache, try turning off the console and then restarting it with the game card reinserted.

In the Nintendo universe, game cards continue to serve a purpose. The cartridge’s reading capacity can be depleted with repeated use. Since the Switch is a portable system, Nintendo should now celebrate going digital and simpler.