Samantha, a lady who was nurtured by The Firm, an elite crime gang, after being abandoned by her assassin mother (Lena Headey), is the star of Gunpowder Milkshake.

It’s Sam’s responsibility to clean up one of The Firm’s most dangerous mishaps, and when things go horribly wrong on the job, she has to choose between performing her job and saving Emily’s life (Chloe Coleman). 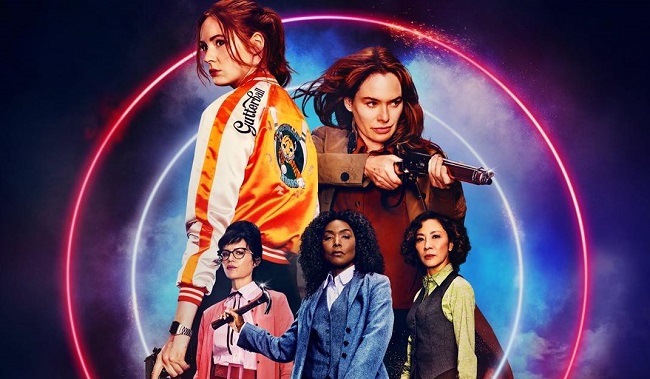 Casting Directors: Mary Vernieu and Raylin Sabo were the

In addition to Gillan, Headey, Coleman, and Gugino were some of the best cast members. Coleman’s Emily has a lot of talent at an early age, and Gillan’s Sam had to spend a lot of time with her. Emily’s aid in several action scenes was very helpful for Gillan as Sam in some of the action scenes.

As with many other popular action movies, Gunpowder Milkshake was a mashup. It was easy to draw comparisons to the John Wick films, thanks to the light tone, the crooks on the lookout for an assassin, and the Continental Hotel as the setting. Due of Sam and Emily’s connection, there was also a lot of Leon in Gunpowder Milkshake. It reminded me of a scene from John Woo’s Face/Off where Emily was forced to listen to a tape player while the action was taking place.

Gunpowder Milkshake had a distinct personality that set it apart from other recent action pictures like Snake Eyes. It’s a great movie for action fans.