Home Entertainment Will There Be A Bird Box 2

It appears that Bird Box, the biggest surprise blockbuster of 2018, has garnered serious interest for a sequel, especially from the film’s director, Susanne Bier.

Bird Box, starring Sandra Bullock as Malorie Hayes, is a Netflix original film based on the 2014 novel of the same name. Those who stare at the animals in the film will commit suicide.

Will There Be A Bird Box 2

The only way she can protect her two kids is to blindfold them and try to find a safe neighbourhood. Besides Bullock, the cast of Bird Box included John Malkovich, Tom Hollander, Trevante Rhodes, and Sarah Paulson. 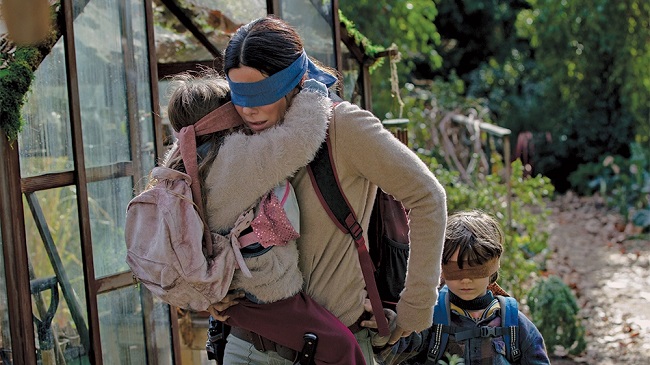 Despite the film’s lukewarm critical reaction (63% on Rotten Tomatoes), its popularity skyrocketed, and it forever changed the way we think about memes. More than 45 million people watched the film in its first week on Netflix, and by the end of its first month it had become the service’s all-time most-viewed original feature. This record stood until 2021, when it was smashed by Red Notice.

The most prominent effect of Bird Box, however, was the “Bird Box Challenge,” an internet fad in which many people recreated scenes from the film by watching TV while wearing blindfolds. A sequel, Bird Box 2, was planned to capitalise on the success of the first film, but since 2020, little has been heard about it.

At the premiere of her new TV show The First Lady, Bier told Variety that she is eager to develop a sequel but has no idea when it would be made. After being asked about the possibility of a sequel, Bier just says, “Good question, right?”

Netflix appears eager to develop the IP further, despite the lack of updates since the initial discussion of a sequel. A Spanish-language sequel to Bird Box, set in a different region after the apocalypse, was rumoured to be in production in March 2021. There has been no further development in this area since then. Consequently, Bier’s excitement is great, but it’s not necessarily reason to get one’s hopes up, especially given the lack of facts.

In any case, it would be intriguing to see where the tale goes if a Bird Box sequel is ever made. Will they follow in the footsteps of “A Quiet Place” and focus on a family like that? It might be effective, especially if it gives Malorie more time to warm up to her kids, whom she has brusquely labelled “boy” and “girl” throughout most of the movie. Since work on a sequel has not yet begun, it remains to be seen whether or not audiences are still enthusiastic five years after the premiere of the first picture.

No spoilers here, but by the time the credits rolled, the audience had no idea what or who had just been on screen. After the events of the first film, Malorie will continue the story. Malorie and the children paddle downstream of the creatures’ territory while blindfolded, carrying the birds as a warning. The boat swirls wildly in the rapids, but the two passengers eventually locate one other.

When Malorie trips and falls down a hill, the ghosts try to use her voice to get the kids to take off their masks. Malorie comes to and gives the kids her whereabouts after losing consciousness. They quickly make it to the neighbourhood, which was formerly a school for the visually impaired. Malorie lets the birds go and declares herself the mother by giving her kids the names Tom and Olympia.

Malorie, Tom, and Olympia will have to wear blindfolds and venture out onto the street once more in the sequel. Because they’ll be up against an invisible foe.

In the next instalment, Malorie will presumably encounter other survivors, and we’ll get more information about the thing. It is clear from Malerman’s statements that there will be a sequel, even if there has been no announcement concerning the movie’s release date.