Home Entertainment When Did Arya Meet the Red Woman

Fans were captivated by the tales, characters, and genius from the imagination of George R. R. Martin across seven very wonderful seasons of television, and an eighth that, to put it mildly, had its ups and downs.

Arya Stark was one of the show’s most consistently good characters and quickly became a cultural sensation in her own right. 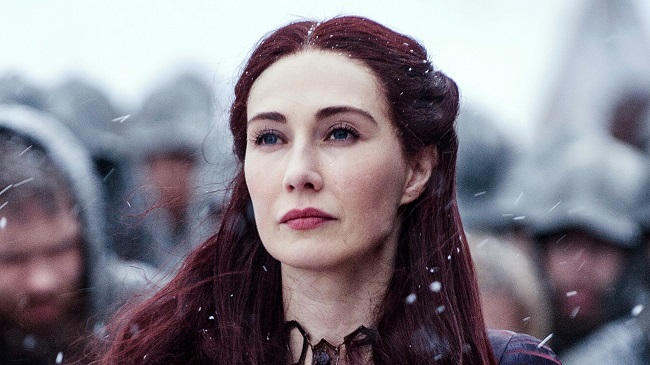 Throughout the show’s eight seasons, Arya has several memorable experiences that contributed to her overall plot arc and character development.

Even though Arya Stark isn’t the focus of “The Climb,” which focuses more on Jon Snow and the Wildlings’ ascent of the wall and the ascent of the ladder of chaos in King’s Landing, the episode nonetheless provides her with a pivotal sequence.

During this time, Arya is with the Brotherhood Without Banners when Melisandre comes to take Gendry away for his blood.

Arya’s decision to leave the organisation is precipitated by this event. But it’s also where Arya meets Melisandre, who seems to fulfil a prophecy she’d been given about closing many eyes for good, “brown eyes, green eyes, blue eyes.”

Fans generally agree that Arya’s journey during her time with the Faceless Men on Braavos was not executed precisely but did feature moments of cruelty and genius.

In the season five finale, Arya crossed off a significant name on her list—Meryn Trant, the killer of Syrio Forel and an all-around horrible person—which met both of these criteria.

Arya and the Faceless Men were already at odds, but the murder took it to a new level of brutality.

Syrio Forel, a significant figure in Arya’s life, is first introduced in the pilot episode “Lord Snow,” in which Lord Eddard Stark hires him to train his daughter.

This marks the beginning of Arya’s epic journey as a warrior throughout Game of Thrones, as a girl who yearned not to be a Lady but to be a fighter and an adventurer. This is where all began, with Syrio Forel, a superb swordsman, dancing in the sea.

After only five episodes, the entire landscape of Game of Thrones has shifted, with Ned Stark being arrested and his men being killed, and Arya escaping the clutches of the Lannisters.

However, Syrio Forel had to sacrifice himself in order for Arya to escape, and he does so by dying at the hands of Meryn Trant after battling off many Lannister troops. For a very long time, this would be the last time Arya wasn’t hiding or fleeing from something.

For example, Joffrey/Ilyn Payne killed Arya’s father, while Walder Frey was responsible for the deaths of Robb and Catelyn. These are only two of the many infamous names on Arya’s list.

Arya’s execution of Walder in the season six finale was fitting and satisfying. With her newfound knowledge and abilities, Arya disguises herself as a girl, sneaks into the Riverlands, and assassinates Walder Frey, making sure he knows it was a Stark who killed him.

It was brutal and fantastic, and she was able to cross Walder’s name off her list; in the next episode, she used Walder’s face as a mask to poison the other Frey men who had attended the Red Wedding.

Season four of Game of Thrones has one of the most entertaining odd couple pairings in the series with Arya and Sandor “the Hound” Clegane.

The season four finale is crucial since it represents the end of Arya and her companions’ first adventure together.

In it, Brienne and the Hound fight over Arya, and in the end, Arya abandons the Hound to his death rather than killing him humanely. It’s a sad beginning to Arya’s journey to Braavos on her alone.

4: “The Dragon and the Wolf,” which is the Seventh Episode of Season 7.

For the first time in three seasons, Brienne and Arya finally meet face to face, reuniting after Brienne begged Arya to accompany her so that she may fulfil her promise to Catelyn.

In the season seven finale, Arya returns to Winterfell, her home, and her brother and sister after a long and arduous journey, and she shows off some of her new skills, including one that will come in handy in the future.

3: The Prince of Winterfell, Episode 3 of Season 2

Fans are introduced to Jaqen H’gar as a very unique and cool character, and he remains such throughout Arya’s adventure.

Arya gives Jaqen his name after he helps her get two kills at Harrenhal, and he returns it to her only after he rescues her and her comrades.

It exemplifies Arya’s grit and cunning and sets her on a new path that will take her to the Brotherhood, the Hound, Braavos, and ultimately, nowhere and no one.

This episode, titled “Speaking of No One,” takes place a long time after her escape from Harrenhal and marks the conclusion of her time spent travelling with Jaqen H’gar.

Following his failure before the Many-Faced God, Jaqen grants the Waif permission to kill Arya, setting in motion a lengthy pursuit that ultimately looks doomed to end in the Waif’s success.

In contrast, she uses the Waif as bait and murders her, humanising the Many-Faced God. She claims she will return home and reclaim her former identity as Arya Stark.

Despite having some less-than-popular storylines, Arya Stark was nonetheless widely regarded as a fan favourite and a key part of the show’s stellar cast.

In season eight, however, she became a phenomenon when it was revealed that she was the one who would end the Long Night by slaying the Night King in a controversial yet badass moment.

She is fantastic, a true warrior, and a phenomenal fighter during the entire Battle of Winterfell, with some of the best sequences in the episode and the show’s climax coming from her.