On “Dancing with the Stars,” the intensity intensified Monday night as the stars competed to move up the scoreboard. Some saw their efforts pay off, but for a few, their earlier victories turned out to be dance floor flukes by the end of the night.

The highs and lows in the ballroom extended beyond the routines. Lord of the Dance, also known as Michael Flatley, filled in for chief judge Len Goodman and gave out one very high score. Carrie Ann Inaba dealt with the night’s low blow not to be outdone. 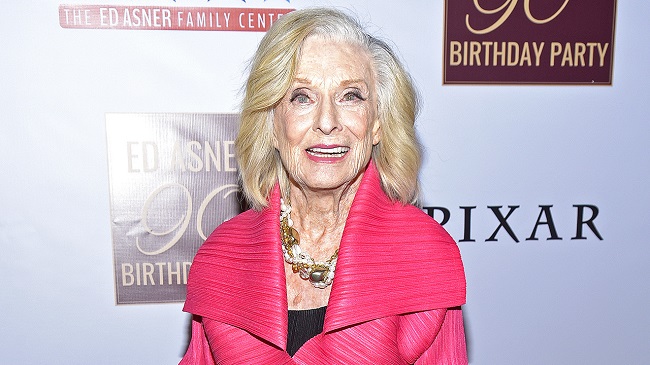 Given that she’s been dancing on borrowed ballroom time, Cloris’s most recent spin across the stage included kicks and movements that aren’t even appropriate for a cha-cha. However, she was still able to make the crowd laugh out loud when her professional partner Corky Ballas whirled her in a terrifying lift.

Not good enough for Carrie Ann, who decided she’d had enough of Cloris’ propensity to withdraw dance from competition straight away and humbly remarked to the audience, “We lost Toni Braxton for this.” I know I’m going to be loathed for this, she continued after hearing the audience boo loudly.

Whether she was disliked or not, Carrie Ann might discover that her criticisms actually helped the elderly woman more than any insults could have. Despite Cloris’ low score of 15, sympathy votes might help her stay in the race.

A new ruler assumes control This season’s winner was not model-turned-TV personality Brooke Burke for the first time. With a jive that showed off his genuine dancing talent, Lance Bass emerged from his dancing slump.

By choreographing a nonstop sequence that allowed him to lead the dance with huge, bouncy movements, Lacey Schwimmer, Lance’s partner, addressed the panel’s earlier criticisms, namely that she kept all the greatest moves for herself

Bruno Tonioli said that “The Lance is Back on Aim.” Sharp Edges and a Glint of Assurance!

The ‘N Sync star scored 27 points for the jive, which is a record for him so far.

As for Brooke, a torn tendon prevented her from dominating the dance floor as usual. At least, that seems to be the only explanation for her rumba’s unusually careless movements.

In addition to the expected “Dancing” injury this week, or perhaps because of it, Derek Hough toned back the choreography, creating a dance that focused more on extended postures and lustful glances than on powerful movements.

The Judges Noted the Trouble Spots.

Two of them, at least, did. By breaking away from the group, rookie Michael Flatley bragged that he wanted to hold “a card big enough for (Brooke’s) score.” Therefore, Carrie and Bruno gave it reasonable eights but the dancing “Lord” gave it a magnificent ten.

The former defensive end Warren Sapp, who is accustomed to dancing in Brooke’s shadow, completed the front-runners. But on Monday night, the big guy wasn’t at his best, much like this season’s dance queen.

This time, professional Kym Johnson merits some of the harsh criticism Lacey delivered last week. She merely gave Warren little to do. He understood the essence of the amorous rumba but did little more than glide next to his companion.

Before the panel delivered Warren’s score of 25, Michael at least got it right this time, saying the athlete, “I would have liked to see you doing a bit more dancing.”