Home Business What is a Bear Hug in Business

The public capital markets are buzzing with mergers and acquisitions. Acquisitions by publicly traded corporations are common in order to expand their operations and boost the company’s financial position. However, not every business is eager to combine or be acquired. It can be difficult for the acquiring business to persuade a target to comply. Using a bear hug is a good idea in this situation. 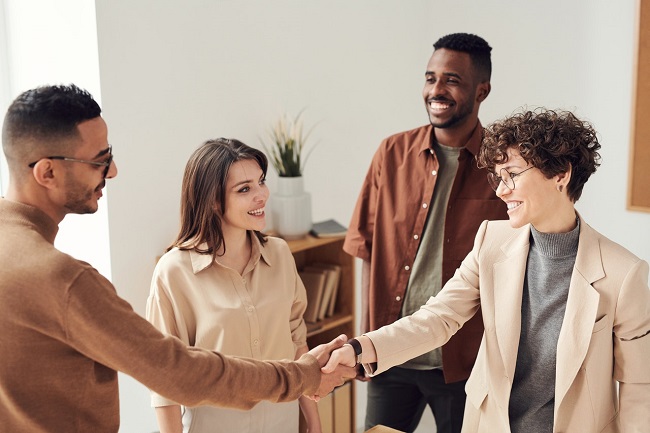 Capital markets use the term “bear hug” to describe an acquisition approach that is both passive and aggressive. A bear hug can avoid more hostile kinds of takeover if well performed, but it costs a lot of money.

We take a deeper look at the M&A tactic known as “bear hugs.” It’s also important to know how organisations utilise them to force target corporations, even those that aren’t interested in being bought, to become more acquisitive.

A bear hug’s basic premise is straightforward. Offers to purchase a company’s stock at a considerable premium above the current market price are part of this strategy. When the stock price is $16, a bear hug might mean buying all of the company’s outstanding shares for $24: a 50% premium. It’s a deal that’s practically impossible to refuse.

It’s not uncommon for it to come as a complete surprise. There are two possible explanations for a bear hug that seems to come out of nowhere:

Because it doesn’t want its target to develop leverage, the purchasing firm moves quickly. It’s not uncommon for a corporation to engage in short-term share price manipulation in order to increase the acquisition’s overall cost.

As a second point, it is clear from the offer that the target company does not want to be acquired by the buyer. Offers of irrefutable premiums are a way for acquirers to avoid talks, something they’re willing to do in the absence of other options.

A Legal Duty to Shareholders

Who knows what will happen if you reject a great deal? A lawsuit from shareholders is possible if you’re a public firm. That’s the bear hug’s cunning nature! Directors of publicly traded companies are required by law to operate in their shareholders’ best interest. It could be interpreted as the antithesis of that responsibility if the board rejects an offer to buy shares at a considerable premium.

Precarious positions were created by bear embraces for the board. They run the danger of losing shareholders’ trust if they cannot demonstrate that the offer to buy shares at a premium is damaging to the future performance of the firm. However, accepting the offer would essentially entail signing an agreement for the acquisition of the company. In most circumstances, the bear hug recipient gets what they want.

A Non-Aggressive Approach to Taking Over

There are both hostile and friendly takeovers in the realm of M&A. Between a hug and a kiss, a bear hug exists. A bear hug is a common approach in hostile takeovers, yet it can actually be beneficial to the target company and its shareholders. In addition, bear hugs can be perceived as either hostile or friendly due to their uninvited nature. Companies in trouble may see it as a lifeline, while companies on the rise may perceive it as an underhanded ploy. Examples abound.

There aren’t many bear hugs to be found in the public marketplaces, mostly because they’re pricey. Another factor is the reputational risk that passive-aggressive takeovers pose. Before, during, and after an acquisition, most acquiring organisations attempt to generate synergy: an impossible prospect when a bear hug is involved.

Are you one of these individuals?

When big corporations buy little ones, it’s called a bear hug. An acquirer must have a large financial advantage in order to successfully use this acquisition strategy. As an example, an 80 billion-dollar firm might utilise a bear hug to acquire a 250-million-dollar startup with a proprietary piece of technology.

Speaking about start-ups, major and mega-cap organisations are frequently interested in modest up-and-coming firms. Small and mid-cap corporations are often able to fend off M&A activity from these startups, while larger companies that seek to purchase them for their technology or human capital are generally defeated.

What to Do if a Bear Hugs You?

There are ways to avoid bear hugs, even if they appear like a no-win situation for the target organisation. For starters, the company can reject the offer without concern of upsetting shareholders if the price per share is too low. Alternatively, a lawsuit can be avoided if the board of directors can persuade shareholders that the purchasing firm had malicious intentions.. When it comes time to make an offer, if the company is able to inflate its share value ahead of the imminent offer, the acquiring company may find it too expensive to target.

A Game of Strategy Is Required to Acquire

Corporations will go to any lengths to maintain their dominance in the public markets. This includes, for example, aggressively pursuing acquisition targets. Coercive methods can be used when they don’t anticipate a target will be responsive.

There are a number of ways to do this. That said, even if you consider it to be overpriced and tacky in a Marlon Brando Godfather sort of way, it is nonetheless effective. It’s as simple as “making them an offer they can’t refuse.”