Everything you could possibly want is right here. This is quite a guarantee for a webcomic that costs nothing. On its official Web Toon page, “Tower of God” is described in enticing detail.

There are numerous mysteries to be solved in the expansive world that Korean author S.I.U. has built. Bam, our protagonist, is a young man who embarks on a quest to scale a tower in search of his lost friend Rachel.

It’s little wonder, then, why Crunchyroll adapted the original comic as one of its own Crunchyroll Originals in 2020, and why it became so popular as a consequence.

Despite the comic’s and anime’s popularity, Season 1 of the anime ended with no word of a second season.

Crunchyroll only ever hosted a single, 13-episode season of the series. Even now, it appears that no one can satisfy fans’ incessant demands for new material. 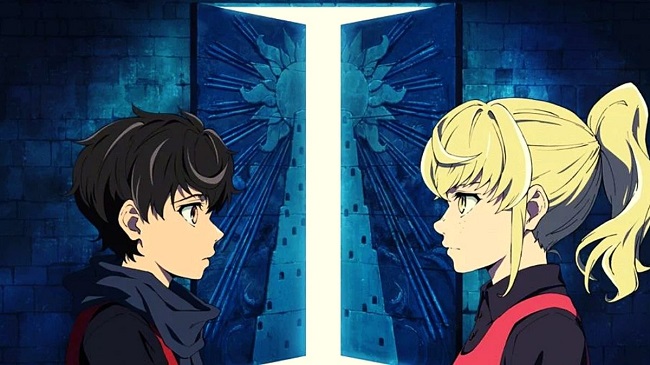 Regardless, it’s hard to conceive that such a popular anime, with over 10 years of source material still left to adapt, could be given up on so swiftly.

Therefore, followers continue to have faith in the show. But will there ever be a second season of “Tower of God”?

Unfortunately, Crunchyroll has not confirmed when “Tower of God” Season 2 is expected to appear. In fact, the studio hasn’t even stated whether or not the series will be brought back for a second season. Season 1 of “Tower of God” concluded in August 2020, although the topic has received almost no coverage on Crunchyroll.

There is still a chance that things will turn out okay. Crunchyroll hasn’t technically cancelled the programme, and it wouldn’t be the first anime to go a year or more between seasons.

In addition, Anime Geek claimed in November 2021 that animator Yoshihiro Takeda had allegedly stated that production on the second season had already begun; however, the news source warned that this had not been officially confirmed.

Hopefully, though, this means that “Tower of God” will make a comeback at some point. The first season ended on a rather intense cliffhanger, thus a second season is definitely needed, especially for those who prefer watching the anime to reading the webtoon.

When Season 1 of “Tower of God” closed up, Bam (Johnny Yong Bosch) was treated with quite a surprise. Rachel (Valerie Rose Lohman) betrays him at the last minute for her personal gain after he has travelled far to locate her and even helped her with the administrator’s test.

The details of her past made clear that she had been employing Bam during her ascent of the Tower. She has already supposedly killed him by pushing him down a cliff, so she must have known that this day would come.

But Bam is still with us, and he’s more motivated than ever to scale the Tower in search of the explanation for Rachel’s odd conduct. The fans of “Tower of God” deserve a second season, and hopefully Crunchyroll feels the same way.

When Will Season 2 of Tower of God Be on Netflix?

Tower Of God, which premiered on Japanese television for the first time on April 1, 2020, is one of the most popular anime series of all time. Rapid success with the first few episodes led to the renewal for a second season.

A second season of Tower of God has fans highly interested. They are looking for fresh content and want to know when to expect it.

Second season of Tower of God will likely premiere in 2022. Waiting for the company’s formal confirmation is necessary at this point, as this is merely speculation.

What is the expected release date?

A second season of Tower of God is planned for 2023. Tower of God Season 2 is one of the most talked about shows currently, and new episodes have been dropping regularly.

Tower of God’s captivating story is a major selling point.

As a result of its success, people have been looking for details about Tower of God Season 2 for quite some time. Additional details are provided in the preceding chapters.

Cast of Tower of God for Season 2

The following individuals are in talks to join the cast of Tower of God for Season 2.

Both Jeannie Tirado and Christina Valenzuela star in the production; Tirado portrays Endorsi Jahad while Valenzuela plays Serena. Yuri Jahad is portrayed by Kira Buckland, and Evan Edroch is played by Kyle McCarley.