Addison Rae, a popular TikTok celebrity, shockingly announced on Thursday that TikTik had permanently suspended her account. The good news is that she has access to her account again now that it was restored.

This information was tweeted by the 21-year-old TikTok sensation. She posted a screen photo of what she claims to be a ban notification from TikTok.

TikTok informed the user, “Your account was permanently banned due to several violations of our Community Guidelines.” 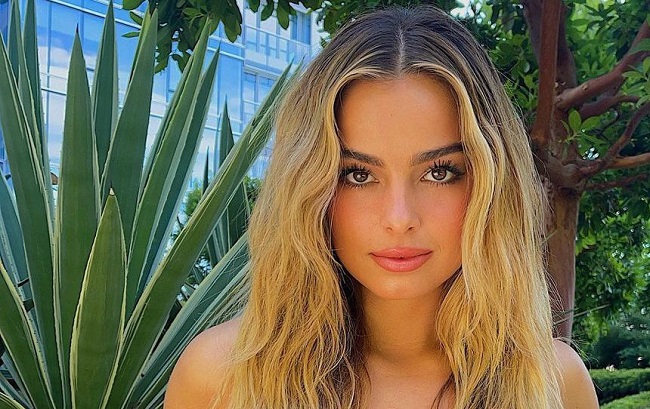 Addison Rae, a Popular User of the Video-Sharing app TikTok, had Her Account Temporarily Suspended, but it will Soon be Activated Again.

Rae poked fun at the TikTok warning and joked on Twitter, “Well time to get a job.”

However, she should have access to TikTok again within the next hour. It’s estimated that Addison Rae will make over $5 million on Tiktok in 2020, making her one of the platform’s top earners.

Many people are mystified by TikTok’s decision to suspend one of its most popular faces, who drives a lot of traffic to the service.

Rae brags that she has more than 85 million TikTok fans. Late on Thursday night, the TikTok celebrity took to her Twitter account to publish screenshots of her ban letter from the app. She did not, however, elaborate on the reasons for her TikTok suspension or the policies she may have broken.

When questioned by Forbes, a representative from TikTok said that Addison Rae’s account “was temporarily offline yesterday night then restored within the hour.”

However, neither Tiktok nor Rae’s reps have provided any additional information regarding the suspension of the TikTok star’s account.

Addison Rae Easterling has been a member of the Tiktok community for a while now (2019). She became an overnight sensation and one of Tiktok’s most popular users.

Rae even managed to become the highest-paid TikTok creator, according to Forbes. Even the most followed user of the app, Charli D’Amelio, was left in her dust.

The LA socialite became quite famous and significantly increased the number of her followers after she began sharing brief dance and lip-syncing movies.

Her accomplishments are not restricted to the Tiktok platform alone. The 2021 Netflix original series “He’s All That” will also feature Rae. She showed up to the September Met Gala.

Kourtney Kardashian and Rae have become good friends, and Rae has even made an appearance on “Keeping Up with the Kardashians.”