A high school teacher, Beth (Rebecca Hall), is reeling after the tragic death of her husband Owen (Evan Jonigkeit).

The Night House is based on an original script by Ben Collins and Luke Piotrowski. In public, she appears to be a stoic, but in private, she drinks and can’t shake the memories she has of Owen. 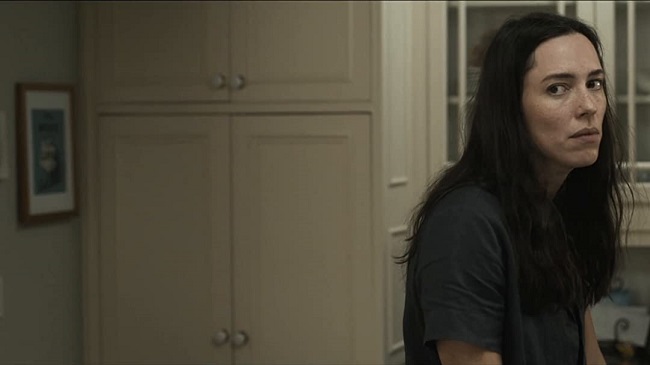 As a cinematic experience, The Night House is best experienced without prior knowledge of the film’s key beats or expectations for specific moments. This storyline summary is a bare bones rendition of the film.

One of many emotional shocks that are created from a story that is plagued with dark corners can be felt in less than 20 minutes. When it comes to the supernatural, I won’t go into too much detail, but it has a great dark creative spark that stays with you long after the lights have gone out.

In The Night House, Rebecca Hall Gives a Powerful and Nuanced Performance

Even though the script and direction of The Night House are both excellent, Rebecca Hall is the star of the show since the tale is all on Beth’s shoulders, and she does a fantastic job of carrying the emotional weight.

The character’s frank attitude and contrasting sombre loneliness make a tricky tightrope for Hall to walk, but the star does gymnastics on that line and is captivating in every moment – be it a startlingly direct conversation with her fellow teachers about her loss, or investigating the decrepit house across the lake and its bizarre backwards construction.

As of late August, The Night House is getting an unassuming debut at the Sundance Film Festival, but it is a must-see late summer jewel. Rebecca Hall gives one of the best performances of her career in this psychological thriller, which is sure to be one of the year’s best horror films.