The God of High School is one of two or three brand new anime that have been popular this year. To that end, this piece will reveal whether or not a second season of God of High School will be made, and if so, when we may expect to see it.

It has been a lacklustre year for new anime; just a select few have resonated with audiences, and these are the ones that will endure. The year 2020 was the year of webtoons becoming animated, albeit just a handful of good anime were made.

There are far too many action-oriented anime out there for anyone to have a clear opinion. In this group, hand-to-hand combat stands out as particularly effective and popular among its devotees. However, only a select few are worth your time; Dragon Ball, Kengan Ashura, Baki, etc. 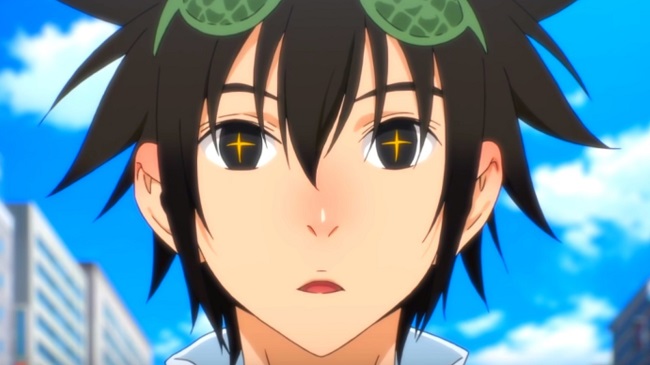 It’s time to bring in The God of High School, an anime featuring incredible sakuga usage and breathtaking fight choreography.

One-on-one confrontations, by themselves, may become tedious quickly; a story needs depth to reveal its true beauty, and The God of High School provides it in spades.

The addition of the Genuine Fighter power system and the Borrowed Power system gave its battles more nuance. It has done an excellent job, especially considering the consistency of the plot.

Is Season 2 of “The God of High School” in the Works?

The point of making an anime based on a popular book or manga series is to increase interest in the original work. The God of High School manages this feat admirably; it maintains the combat scenes while distilling the plot down to its essential elements.

When the average fan learns that the webtoon contains additional story content, they read it instantly. It worked!

Then there’s the matter of general acclaim. The God of High School, along with the Tower of God, is one of the harbingers of the most watched new shows of the 2020s. Together, Crunchyroll and Muse Asia have amassed millions of views. A sequel is likely if the DVDs sell well, which they will in the future.

Some viewers have even taken to social media to express their enthusiasm for the second season of the God Of High School anime.

The next problem is one of money. The popularity of Yongje Park’s manhwa stands on its own. We anticipate that the money made by the anime will be sufficient to finance the production of a sequel. And Crunchyroll has begun funding Korean webcomics.

This all points to a second season of The God of High School being produced. There is, of course, no foolproof method of predicting this; many cult classics never get a sequel, while many fan favourites do. But we can examine the signs and make an educated guess about the odds.

The success of God of High School as an anime has paved the way for a slew of other webtoons to be adapted, with unOrdinary at the top of the list.

No announcements regarding a sequel have been made as of yet. True, the first season is still airing, so that’s to be expected. A sequel’s announcement is far off. As a result, we have no idea when it will be available.

Unconfirmed reports place the premiere of the second season of The God of High School sometime in the summer of 2022, between the months of June and July. Like the first season, it will consist of 13 episodes that collectively cover the Ragnarok story arc and will be made available on Crunchyroll.

Now that Crunchyroll is in charge, their initiative to adapt webtoons will continue; they will serve in the Licensor role. In addition to Sola, Naver Webtoon will join the production team as a new partner. We predict that it will be developed by Studio MAPPA.

Yongje Park’s The God of Highschool is a popular Korean Webtoon that appears on the websites Naver and Webtoon. It’s a fighting show about the three main characters, Mori Jin, Daewi Han, and Mira Yoo.

The group enters a nationwide fighting contest, with the winner receiving whatever wish they choose. Unbelievably dreary secrets, both internal and external to our protagonists, are revealed as the tournament progresses!

Season 1 is now up to date with the National Arc. A big story element is wrapping up, and we are going to progress to new levels.

The arrival of novel ideas is imminent. Admittedly, the anime condenses the story, keeping only the most essential elements. Disconnection problems may arise in the sequel as a result of this omission.

If there is a second season of The God of High School, it will pick up with the events of “The Gods Arrival.” It will introduce its Ragnarok narrative in the first episode, and then spend the bulk of the season depicting a massive conflict.

The entire Ragnarok Saga can be condensed into the second season, even at the fast pace at which the anime often moves.

Most of the original actors will likely return, and we’ll see some fresh faces in supporting parts. The number of people that watched the youtube video of the OP “Contradiction” skyrocketed.