Two of the world’s wealthiest people will attempt to fly into space in the next two weeks. Jeff Bezos will fly in a rocket with Blue Origin LLC on July 20 after Richard Branson takes off on Sunday in a Virgin Galactic Holdings Inc. spaceship. In a summer when there are many of exciting sporting events to watch, this rivalry stands out. In addition, there is a degree of risk involved.

It’s taken a few decades for both men to realise their desire to travel to space. Virgin Galactic was founded in 2004 and Blue Origin in 2000, respectively. Critics will point out that they could have spent their time and money on more worthwhile projects on the ground” (and paying more tax). It’s a sign of billionaire arrogance that they’re vying for the top spot. 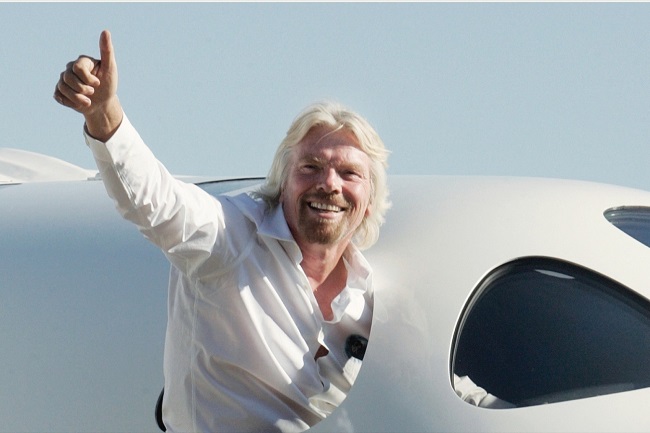 Despite this, the show is a must-see. This planet’s gorgeous curvature drives me to take better care of it, thus I’m all for wealthy people going on a space vacation. (A ticket to fly with Virgin Galactic costs roughly $250,000, so this is still a leisure for the wealthy.)

As long as it inspires even a few students to take on challenges, it’s a win-win situation. The live-streaming of Branson’s journey has made me a little nervous.

Branson and Bezos are Billionaires

There is a similarity in the fact that both Branson and Bezos are billionaires, but their technical routes and budgets are vastly different. They can’t even agree on what constitutes “space” in the strictest sense of the term.

Amazon.com Inc. stock is worth roughly $1 billion a year to Bezos, who uses it to fund Blue Origin. Virgin Galactic, on the other hand, has a yearly financial burn of of $250 million, according to Branson’s claims. To help pay for his pandemic-hit terrestrial holdings, he’s sold off large amounts of his Virgin Galactic ownership. My belief is that Virgin Galactic will soon raise more funding if Sunday’s trip is a success.

Branson’s self-promotional prowess has always compensated for his lack of financial clout. Indiscreet statements about his wife’s promise not to attend his burial if he doesn’t return home are classic Branson, as are his last-minute quest to beat Bezos into space.

However, I believe Bezos has outplayed Branson despite the fact that they may have to settle for second place in space. It was a brilliant idea to raise $28 million by auctioning off a seat and use the revenues to encourage young people to pursue careers in math and science.

To that purpose, Wally Funk was invited along for the ride. I’m more excited for the 82-year-old excellent pilot than for Amazon CEO Jeff Bezos, who will finally accomplish his lifelong ambition of travelling into space. An Amazon-backed Rivian electric pick-up vehicle made an appearance in a Blue Origin promotional video, too.

Elon Musk, the millionaire space enthusiast I haven’t yet mentioned, is an entirely different story. On a Falcon Heavy rocket, his Space Exploration Technologies Corp. launched a Tesla Roadster in 2018 with a Starman mannequin in the driver’s seat. Humans will be sent to Mars as a next step in Elon Musk’s plans. Bezos and Branson will need to step up their game.