In reaction to NCAA president Mark Emmert’s apologies for the inequalities between the men and women’s tournaments, several women’s basketball coaches have spoken out. 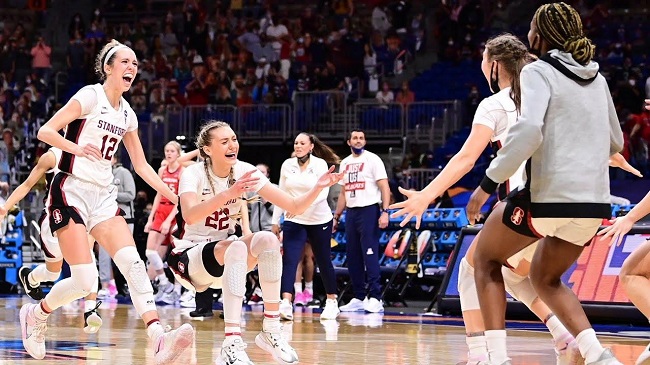 “The Actual Problem here isn’t the Weights or the ‘Swag’ Bags;

that’s just a sideshow. They didn’t think or believe that the women’s players deserved the same amenities as their male counterparts,” she said.

Tara VanDerveer, Stanford’s head coach, echoed her concerns in a tweet. Athletes and coaches of all genders are fed up with waiting, not only for a new weight room, but for equality in every aspect of their lives… The message that is being communicated to our female athletes, and to women around the world, is that you are not regarded at the same level as your male counterparts,” he says.

“We apologise for any inconvenience this may have caused our athletes,” said NCAA President Mark Emmert and senior vice president of basketball Dan Gavitt on Friday. Gavitt admitted that his leadership “may have fallen short this time.”

Coach Gavitt, who is in charge of both the men’s and women’s tournaments in San Antonio, apologised to the women’s basketball team’s players, coaches, and committee for “dropping the ball,” frankly, on the weight-room issue. “I sincerely apologise for any disappointment caused by our unrealized goals…. The problem is going to be solved “as quickly as feasible.”

Women’s Basketball Vice President Lynn Holzman said that “we fell short in what we were doing to prepare” for this year’s tournament. “… We’re aware of that.”

Female basketball legend and former head coach Muffet McGraw stated in a statement that “to say they dropped the ball would be the understatement of the century,” according to a tweet from McGraw.

“I want to be really clear,” Emmert remarked. I don’t think this is something that should have happened and I don’t think it will happen again if we have another tournament like this.

Emmert received a letter on Friday from the NCAA’s Committee on Women’s Athletics demanding for prompt and impartial examination into the issue of women’s sports facilities.

NCAA committee chair Suzette McQueen stated in the letter that it “undermined the NCAA’s authority as a proponent and guarantee of Title IX safeguards, and it set women’s collegiate athletics back across the country.

According to Photos and Videos

When it comes to weight training, the men’s and women’s bubbles at the Indianapolis Coliseum are vastly different, according to photos and videos that were shared on social media on Thursday.

Further issues raised after Thursday night were addressed by the NCAA on Friday, according to Holzman. In addition to the unequal access to the weight room, McQueen complained in his letter about “restricted food options and other tournament-related amenities.”

In the men’s COVID-19 bubble, Geno Auriemma told reporters Friday that solely PCR tests are being performed, while antigen tests (with PCR accessible when necessary) are being used in the women’s.

Auriemma remarked, “We understood coming in that that was the case.” “Why? I’m stumped. Why is there a difference?” “I don’t understand why.”

Emmert explained that the differences in testing were due to “convenience,” and that he has “full faith” in both providers.

It was reported on Thursday that Holzman was going to “extend the training area whenever additional space was available later in the tournament” in response to a request for weight-room equipment from fans.

“Limited room” was cited as a reason for the gap in facilities, but on Thursday night, Oregon’s Sedona Prince recorded a video refuting that claim. The Ducks’ Prince, a forward, documented the women’s San Antonio bubble’s practise court, weight rack, and extra room.

It’s ironic that March is Women’s History Month, Prince noted, because “if this situation isn’t making you angry, you’re part of it.”

“It’s about time, gentlemen.” McGraw concluded her remarks by saying, “This generation of women demands more and we won’t stop until we get it.”