The MacBook Pro had been the talk in the tech world for months if not longer than that. As it is not revealing a lot, the people are the tech gurus are going crazy over what this new one is going to bring. There had been a lot of speculation about the looks and the features of the new MacBook Pro. However, the most recent one is a teardown that shows us the probable structure and an internal look at the MacBook Pro.

The photo that shows the inner workings of the MacBook Pro is something that comes from a Reddit user. He or she or whatever pronoun they would prefer is posting this photo in the r/Apple subreddit. The user was very much eager to pull apart the very new and the very shiny new 14-inch MacBook Pro. 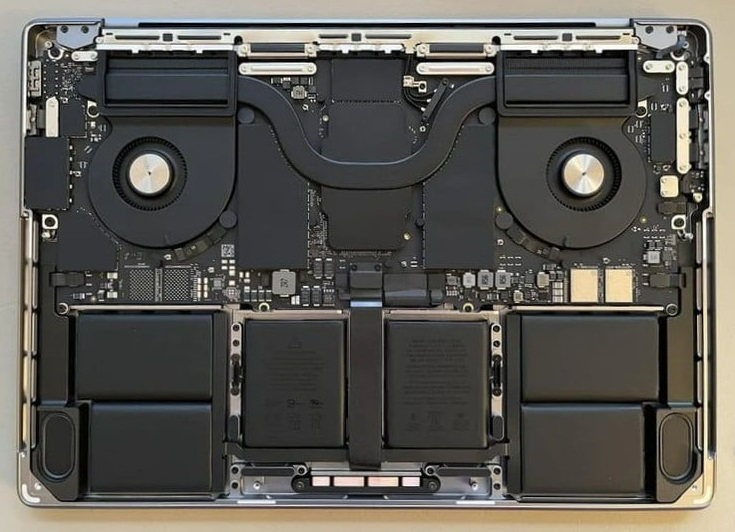 Thus we have the first unofficial look at what the new MacBook Pro has inside it. This is getting a lot of the tech-savvy people really excited to get their hands on one of these too. Along with the picture the Reddit user did provide basic info about what we are seeing in the picture and their opinions on it, for the nontech savvy people who are equally excited for this.

They said that when the lid is taken off it will appear that much is the same and that not a lot of changes had been made then from the previous models of MacBooks. However, on closer inspection by someone who knows this stuff really well, you can see the subtle changes that had been made here and there that might look small and unnecessary but they can change the reparability and sustainable condition of the MacBook even more.

The biggest difference that one might see is the battery that is not glued in anymore so they can be easily swapped out now with much less hassle and effort if needed. This makes things a lot easier than before and I think everyone will agree with that. That’s all for now. We will be sure to keep you updated on it.