The MacBook Pro is launched and it is the talk about here now in the tech world. However, we are looking into the new future that is being presented to us. The new evolution of the MacBook Air is indeed something to look forward to. This is a mysterious one that is coming to the hands of the people next year.

The updated model that is going to be coming this year will allegedly sport the same MagSafe connector that had been here in the past and which was brought back by Apple to the MacBook Pro. 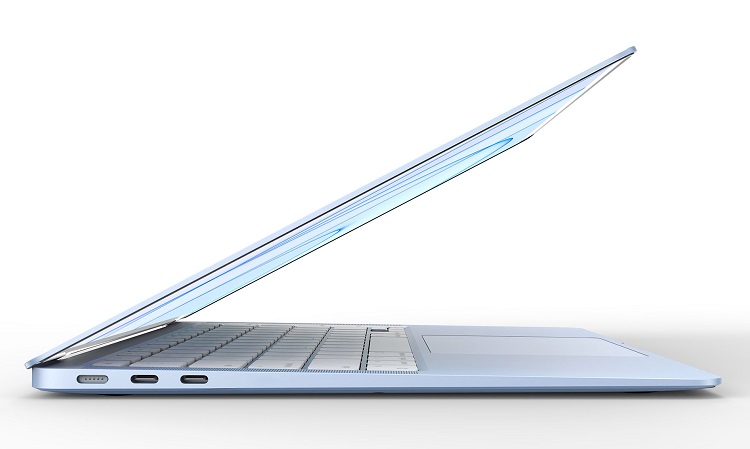 There is also the possibility that Apple is going to introduce Apple’s next-gen M2 custom silicon. We also have some news about the name of the laptop, though it is just a rumor and had not been confirmed yet.  So we have to mention that it may not be called the MacBook Air.

This rumor had been circulating in the place for quite some time and it comes to light because of the courtesy of Twitter leaker, Dylandkt. This is something to note because the rumor is not just coming from anyone.

It is coming from an account that had been fairly reliable when it comes to Apple leaks. The new leaks that we have seen from the Twitter account already seem to confirm the much earlier rumors that had been circulating in the tech world for quite some time about the 2022 release. The overall design that is going to be here will reportedly be very similar to the new MacBook Pro. The only difference is that it is going to be yet thinner, lighter, and fanless.

That’s all there is for now. If we come across any new update about this very mysterious MacBook Air then we will be sure to let you know about it. So if you are looking forward to it do make sure to keep your eyes on the news. That’s where all the updates are. Until then keep going and stay safe in this pandemic situation that is going on.