Born in Spain on July 22, 1998, professional footballer M. Cucurella currently defends the left side of the field for Chelsea and the Spanish national team.

Cucurella made his professional debut for Barcelona, however he spent most of his time with the club’s reserve squad. 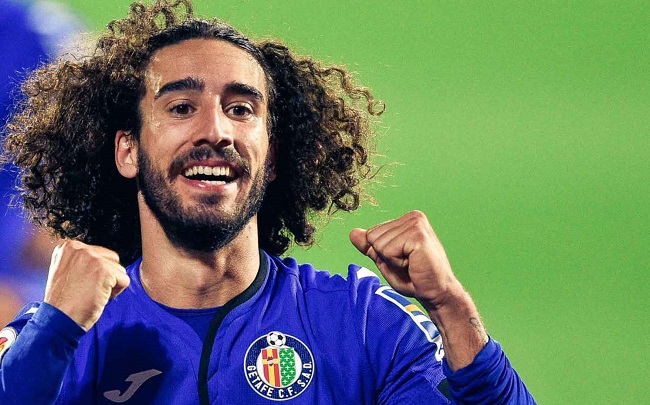 After spending almost a decade with Eibar and Getafe in La Liga, he signed with Brighton & Hove Albion in 2021. Before joining Chelsea in 2022, he played for Brighton for a season.

Cucurella has played at every youth level for Spain, from under-16 through under-23, where he won silver at the 2020 Olympics. In 2021, he made his first appearance with the major league club.

The Catalan city of Alella is where Cucurella first entered the world. He got his start in futsal with FS Alella.

Moving on to play for Espanyol’s young teams in 2006, and finally settled in Barcelona a few years later.

He made his first appearance for the first team on 26 November 2016, starting for the reserves in a 4-0 home victory against L’Hospitalet in the Segunda División B. He was a junior at the time.

As a result of the team’s play-off success, in which Cucurella played a key role, they were promoted to the Segunda División.

He extended his contract through 2021 on July 7 of this year, at a cost of €12 million. On September 1, he debuted professionally, starting in a 2-2 road tie against Granada.

On October 24th, he made his debut with the first team after replacing Lucas Digne in the 82nd minute of a 3-0 away victory over Real Murcia in the Copa del Rey.

On March 17, 2018, he scored his first professional goal for Barcelona B, helping them to a 1-1 draw on the road against Lorca.

Cucurella made his Catalonia team debut on 25 March 2019 as a substitute in a 2-1 win over Venezuela in Girona.

Due to a number of teams not releasing their players for the game, he was one of numerous unfamiliar faces.

In November of 2020, with José Gayà ailing, manager Luis Enrique called up Cucurella to the senior Spain squad for UEFA Nations League games against Switzerland and Germany. He stayed on the bench through both of the games.

Spain’s under-21 squad were called up for the international friendly against Lithuania on 8 June 2021.

Because some national team players have been isolated after Sergio Busquets’ positive COVID-19 test. Cucurella played in his first game at the senior level, which Spain won 4-0.

The 2020 Olympics were originally scheduled to take place in 2020, but were moved to 2021 because to the COVID-19 epidemic. Cucurella was a member of the Spain under-23 squad that won silver at those games.