Australian pole vaulter K. Marschall was born on April 25, 1997. Having met the requirements, he will be participating in the 2020 Olympics in Tokyo.

He qualified for the final round of the men’s pole vault by finishing second in his group with a leap of 5.75 metres.

Unfortunately, in the final, he failed to clear the bar at any of his three efforts at the opening height of 5.55 metres, and thus did not score a point. 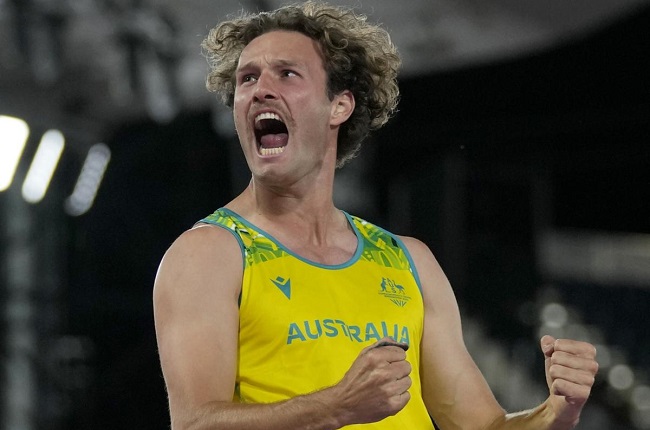 A native of North Adelaide, South Australia, Marschall entered the world on April 25, 1997.

A young Marschall was moved to action by Steve Hooker’s Olympic gold medal victory in Beijing in 2008. In Adelaide, on a ‘come and try’ day a year later, he made a two-meter leap.

After practising for four years with Alan Launder, Marschall was able to jump five metres. After Launder passed away in 2014, Kym Simons served as his coach for a few of years.

In a short time, Marschall was able to make his debut on the international stage at the World Under-20 Championships.

K. Marschall, then 11 years old, looked up to Steve Hooker’s Olympic gold medal performance in Beijing as a source of motivation.

Then, when he was 12, he went to a “come and try” day in Adelaide, where he leapt a meagre 2 metres. This, however, was the beginning of his career in athletics.

Marschall had begun training with Alan Launder in Adelaide when he was 16 and had already cleared 5 metres on the pole vault.

Marschall suffered a tremendous loss with Launder’s untimely death in 2014. Over the next few years, Marschall was tutored by Kym Simons, who had previously assisted him.

Marschall debuted on the global stage that same year, in the World Under-20 Championships.

He continued to develop in 2015, and then in Germany, just before his second World U20 Championships appearance, he vaulted 5.70 metres.

Ensuring his spot on the Olympic team for 2016. For the past three years, that vault has stood as the highest ever achieved by a junior anywhere in the globe.

Marschall won silver at the World U20s, but she didn’t make it to the finals of the pole vault at the 2016 Olympics because of a tiebreaker. He was the youngest player by three years, at the age of 19.

As he prepares to defend his gold medal from the Commonwealth Games, pole vaulter K. Marschall prefers a “bend but don’t break” strategy for overcoming his mental problems.

The recipient of a scholarship from the WAIS hopes to repeat the success of Steve Hooker, Alana Boyd, and Trevor Bickle.

By being the fourth Australian to win gold in the Commonwealth pole vault competition at the Birmingham Games.

The number thirteen in the world competed in the final at the 2016 Tokyo Olympics, but he placed dead last after recording a “no-heighter.

Meaning that he did not successfully clear the bar on any of his three attempts.

Marschall said he was using his Olympic nightmare as motivation this season, and that winning gold at the Commonwealth Games was his top aim for the year.