The roster of Filipino Olympians competing in Tokyo continues to grow with the arrival of Kiyomi Watanabe.

The final Olympic rankings were issued by the International Judo Federation on Wednesday, and the Filipino-Japanese judoka formally entered the competition then.

The 24-year-old finished with a score of 1,506 to position 41st in the women’s -63 kg category, becoming the 14th Filipino athlete to qualify for the 2016 Summer Olympics. 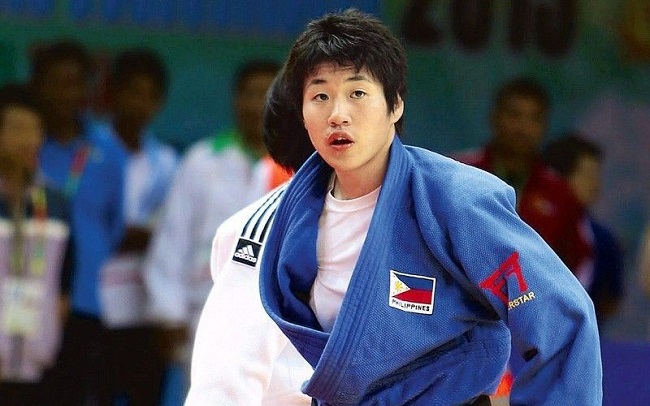 Kiyomi Watanabe, a Filipino judoka, had her medal hopes dashed on Tuesday at Nippon Budokan.

When she lost to Cristina Cabana Perez of Spain by ippon (10-0) in just 38 seconds of their match in the -63 kilogramme round of 32.

The judges changed their minds and awarded an ippon to the no. 37 rated fighter when he successfully converted Watanabe’s takedown attempt into an arm lock.

Watanabe, the Philippines’ flag bearer at the opening ceremonies and sole judo representative, was eliminated in the round of 32, preventing her from competing for a bronze medal in the tournament.

Only players who were eliminated in the quarterfinals of the event will be eligible for the repechage.

When Kiyomi Watanabe loses in the very first seconds of the first round, it’s devastating.

Kiyomi Watanabe’s hopes of competing in the Tokyo 2020 Olympics were dashed after she lost to Spain’s Cristina Cabana Perez.

Ranked 37th in the world, in the women’s -63kg category on Tuesday, July 27, at the Nippon Budokan.

Cabana Perez eliminated the Filipino-Japanese from the quadrennial meet with an ippon victory in the opening 38 seconds of the round of 32.

Watanabe, rated 41st in the world prior to the tournament, was reduced to tears when the Spaniard advanced to the quarterfinals.

The Filipino-Japanese judoka was selected to represent Asia in the Olympic competition in Tokyo.

A four-time champion in the Southeast Asian (SEA) Games, Watanabe is a household name in the region.

The 24-year-old nearly brought home another gold for the Philippines at the 2018 Asian Games, but she lost the gold medal match to Japan’s Nami Nabekura and had to settle for silver instead.

Kiyomi Watanabe, a judoka of Japanese and Filipino ancestry, will compete for the Philippines at the 2020 Summer Olympics.

Her mother is a native Filipino from Mandaue, and her father is Japanese. She was born on August 25th, 1996, in Cebu City.

She attended St. Paul’s Learning Center in Cebu City throughout her formative years. At age eight, she and her family uprooted and relocated to Japan.