Swimming butterfly and freestyle, K. H. Wang represents Taiwan. At the 2018 Asian Games in Jakarta, Indonesia, he competed on behalf of Taiwan.

He competed for Chinese Taipei at the 2018 Summer Youth Olympics in Buenos Aires, Argentina, back in October. 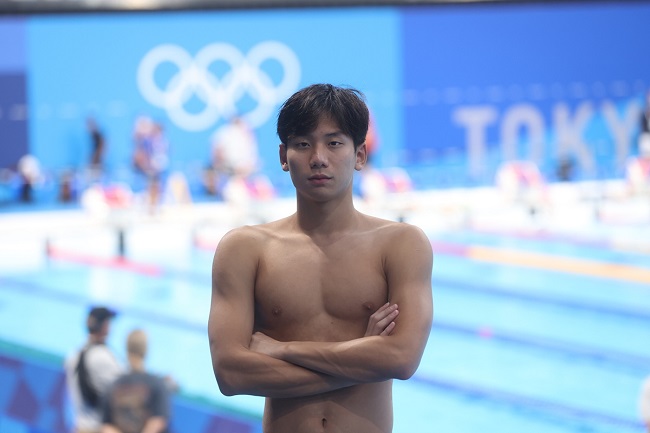 Chinese swimmer K. H. Wang, who won bronze in Rio, set a personal best and an Asian record to win the men’s 200 metre individual medley on Friday at the Tokyo Olympics.

In spite of a poor start, K. H. Wang finished first after the backstroke split, and he kept his composure to stave off a late challenge from 200-meter freestyle silver medalist Scott.

The victory was China’s first in men’s swimming at the Tokyo Olympics and their first ever in the men’s individual medley event.

K. H. Wang won the Olympic gold medal for the Chinese men’s swimming team, making him the second Chinese swimmer to do so.

In the freestyle split, British swimmer Duncan Scott jumped from sixth to second, winning silver in a time of 1 minute, 55 seconds and 28 seconds (1:55.28). Jeremy Desplanches of Switzerland won bronze with a time of 1:56:17.

Emma McKeon of Australia won gold in the women’s 100-meter freestyle and set a new Olympic record, giving her four medals in Tokyo.

The winning 4x100m relay team crossed the finish line in 51.96 seconds, 0.17 seconds faster than the previous Olympic record set in the semifinals.

Hong Kong, China, received its first-ever Olympic swimming medal thanks to Siobhan Bernadette Haughey, who finished second in the 200-meter freestyle in 52.27 seconds.

This performance also sets a new Asian record for the finals, surpassing her own previous best.

She made history when she won two medals in the Olympics as the first Chinese athlete from Hong Kong.

Cate Campbell, the other Australian in the final, also finished in under 53 seconds to win bronze. At the Tokyo Olympics, Tatjana Schoenmaker won the women’s 200-meter breaststroke by setting a new world record.

The 24-year-old first-time Olympian, who won silver in the 100-meter breaststroke on Tuesday, has just won her maiden Olympic gold medal.

The South African won the event in a time of two minutes, 18.95 seconds, 0.16 seconds faster than the previous world record holder, the American duo Lily King and Annie Lazor.

In 2:19.92, King, who has won two gold medals at the Olympics, came in second, while Lazor, who also hails from the same country, won bronze 0.92 seconds later.

Evgeny Rylov of the Russian Olympic Committee set a new Olympic record in the men’s 200 metre backstroke with a time of 1 minute, 53 seconds, and 27 hundredths of a second.

Winning the gold medal and besting the time set by Ryan Murphy of the United States in Rio in 2016. Luke Greenbank of Great Britain finished third with a time of 1:54.72.