In the water, I. Stubblety-Cook OAM (born January 4, 1999) represents Australia. For the long-course 200-meter breaststroke, he holds the world record.

At the 2021 Summer Olympics in Tokyo, I. Stubblety-Cook won the gold medal in the men’s 200-meter breaststroke and set a new Olympic record. 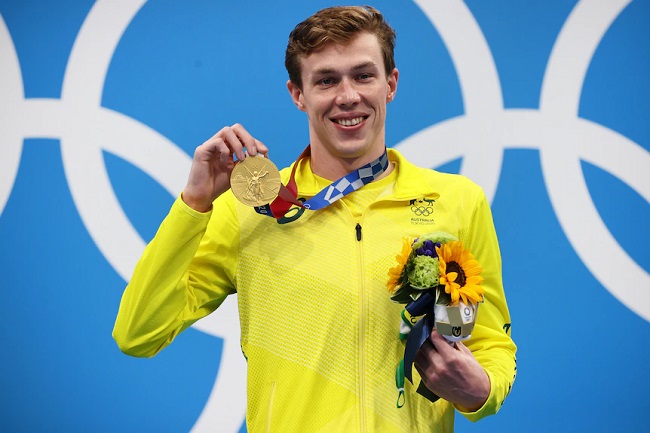 Bronze medalists Australia placed third in the mixed 4x100m relay thanks in large part to his breaststroke leg.

In Brisbane, Queensland, he trains with Vince Raleigh at the Chandler Aquatic Centre.

The Olympic Games, which were moved back a year because of the COVID-19 pandemic, were held in Tokyo a year ago.

In honour of the events that transpired in the Japanese capital a year ago, Swimming World is repeating the stories that were published after the medals were awarded.

Swimming-crazed Australia added a fifth gold medal in the water at these Games as Australian I. Stubblety-Cook won the men’s 200-meter breaststroke.

The 22-year-old from Brisbane held his cool and recorded his own piece of Olympic gold with a strong final 50 metres.

The youngster to watch in the lead-up to these Games, I. Stubblety-Cook sprinted into and out of the 150-meter turn to propose to the leaders before accelerating into top speed.

I’m pleased with how it turned out. From the start, I anticipated that there would be at least a couple of combatants.

I. Stubblety-Cook admitted, “I knew someone might walk out and hold out and no one could see him (from an outside lane).

Australia’s Zac I. Stubblety-Cook won the 200-meter breaststroke at the Tokyo Olympics, giving the country its fifth gold medal in the pool.

I. Stubblety-Cook was in third place going into the last turn, but he blew by Dutch runner Arno Kamminga in the final 25 metres to win.

The 22-year-old Australian swam a personal best of 2 minutes, 6.38 seconds to win gold at the Olympics, 0.47 seconds clear of the Dutch competitor.

The final 50 metres of the race saw I. Stubblety-Cook, who had been in sixth place after the first 50 metres, gain almost two seconds on the leader, Kamminga.

When the Olympics were held in Tokyo in 1964, it was the last time an Australian man won a gold medal in the breaststroke event.

More than fifty years later, in the same city, 22-year-old Australian I. Stubblety-Cook smashed the Olympic record in the men’s 200-meter breaststroke.