How Does Discord Make Money: One of the most famous software among gamers is the Discord application. Discord is mostly free to use and provides seamless voice/audio communication between users through channels of servers. This feature especially has made Discord one of the most widely used VoIP (Voice over Internet Protocol) applications in the world.

The Discord application was originally developed in 2015. It has been made available cross-platform, ranging from Windows OS to Android mobile phones. Its popularity has made the developers release the app in 27 different languages across the world. 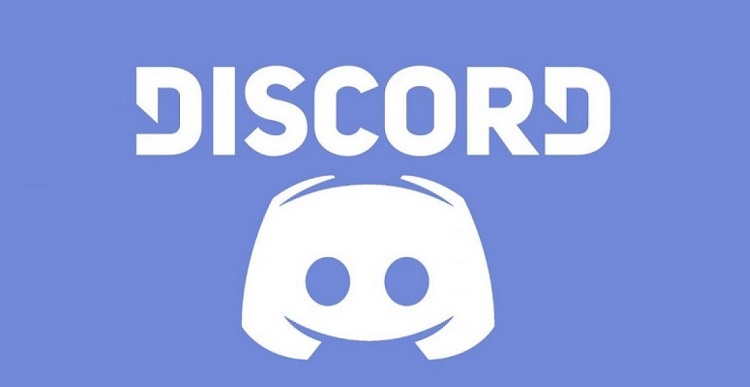 What Does Discord Support?

Discord Vs. Other VoIP Platform

Discord is super easy to use and provides a lot of premium features for free as compared to other applications such as Skype and TeamSpeak. This is the reason most users opt for Discord over the other VoIP software. The security patches for Discord are more secure than other applications, too. Hence providing more privacy and protection against data theft. The various reasons why Discord is at the pinnacle of the VoIP application market are illustrated through the diagrams below. 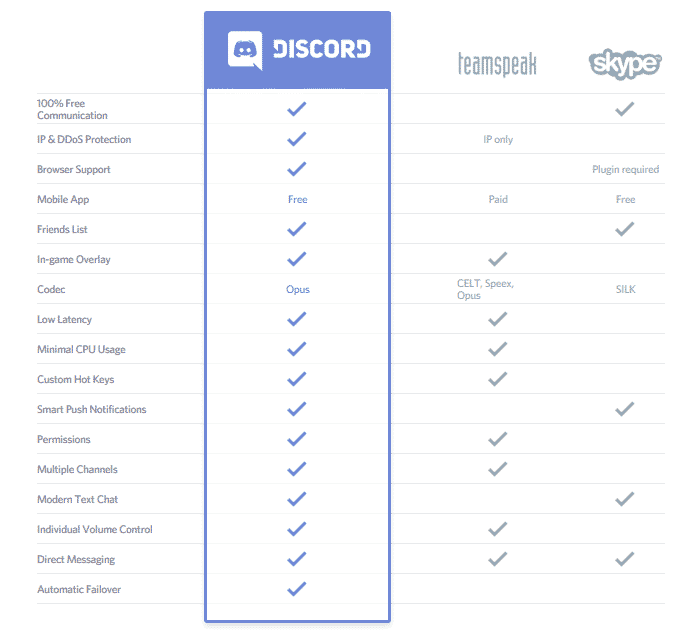 The above comparison chart compares the features of all the three application that is available for free and rates them on how efficient they are to use.

The above Venn-Diagram shows the unique features and strong features of each application as well as their common grounds. The choice is yours to make after seeing the comparison. Although we all know who the winner is.

Discord uses a pretty simple business model, which is the freemium model that allows the user to access its basic features for free but for the advanced features, the user has to pay. As of 2017, the Discord application has opted out from generating revenue by using ads and other marketing strategies due to its popularity. It has $30m in venture capital seed funding for the maintenance and as a backup plan if the Discord market falls below its estimated venture target.

Discord boasts an overwhelming user base of more than 250 million as of in the current year. The net worth of Discord was estimated at around $1.7 billion in 2018, with 150 million users in play. Since then, 100 million or more users have joined the user tally of Discord, which has expected to push up the net worth as high as $2.2 billion.

This has been possible by the smart business model strategy used by Discord in comparison to other companies. Features such as Streamkit and Rich Presence are free of cost in this application which attracts more and more users (mainly gamers) as other companies charge for these.

How Does Discord Make Money

The Discord application prevails in the market due to two of its most stringent and noticeable strategies.

These two strategies followed by Discord attract maximum users from around the world and even convinces other users to shift from other VoIP applications to Discord. This creates money-making opportunities for the application.

Although the Discord merchandise store is under construction in their virtual application, there are many other third-party stores that distribute their merchandise and gifts. Currently, Discord has closed down the distribution of their merchandise but is expected to start re-delivering them soon as it helps them to boost their revenue stream.

The premium subscription-tier of Discord is the Nitro. It provides an enhanced experience for regular Discord users.

The above-given features are the latest Nitro features provided by Discord, straight from the application.

The Nitro version is $9.99 per month or $99.99 per year, depending on the user preference. It even has the option of gifting Nitro to other users.

What Can Be Discord’s Future Revenue Strategies?

Discord’s current financial situation is pretty strong, evident from the net worth it has been able to gather the past couple of years.

Though the market for Discord has been kept afloat by its large user base and it’s various paid features like Nitro, it has to plan for future revenue streams. New and better applications may be developed, and Discord has to do its best to keep its current user base intact and attract even more.

Some of the strategies to be adopted by Discord are as follows:

This is the integrated version of Discord, where the app’s features are in-built within the game to provide ease of accessibility. It is promised to be released in a better version by the Discord developers.

Game Bridge will boost the Discord economy as it provides many features such as:

Discord has been working on creating partnerships with different companies such as Spotify. This allows users to share custom playlists as well as see the activity of other users on Spotify.

These partnerships can be extended with gaming companies as well as betting sites. This will generate revenue for this application through the referrals when the user buys a game related to the company’s trademark or any feature of it. This referral would be provided by Discord itself to its users.

In previous centuries, the virtual aspect of gaming and online work had been speculated only. But the reality has changed, and applications like Discord have helped users to stay in communication in this fast-paced virtual world.

This application is still at the grassroots level of development and has much more in store for us. It has great potential and a very supportive user-base that has made the success it has found today possible.