The most important thing to remember about this essay is that there are two distinct categories of alpine skiing events in Beijing 2022: technical and speed.

Although most skiers specialise in one of the two disciplines, “all-rounders” take part in all six events.

When the Games conclude on February 20th, they will be the ones who appear the most exhausted. 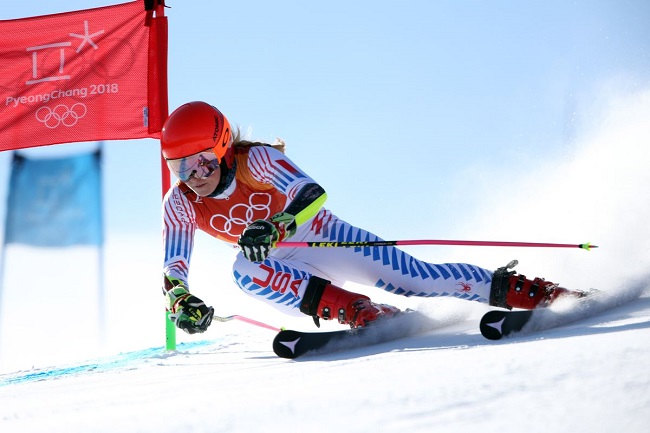 The downhill and the comic book sounding super-G are the speed events; the giant slalom and the slalom are the technical events; and combined is a combination of the two.

Men and women compete equally across all events, and the mixed team parallel slalom made its debut at the 2018 Winter Olympics in Pyeongchang to great acclaim.

People who live in areas with snowy mountains have long had a penchant for the sport of skiing. In the past, it served as a mode of transportation, but now it’s recognised as a sport in its own right.

Almost anyone ever gets to feel the rush of the wind in their hair as they ski down a mountain.

In addition, being outside under a blue sky might help lift one’s spirits. It’s no surprise that skiing has exploded in popularity in recent decades.

However, equipment and the length of the course also play a role in deciding the winner.

The Difference Between Super G Downhill and Giant Slalom

In the Giant Slalom, skiers descend the mountain in a race, passing through a series of gates set up at various places along the course, just as they do in the Slalom.

Since this is a longer course that calls for a careful balance of speed and technical skill to pull off tight bends between the gates.

The gates are spaced 10 metres further apart than they are in the Slalom event. Skiers take two runs in each competition, with the best time counting.

Because of its emphasis on speed, the Super Giant Slalom (or “Super G”) only allows competitors one run.

The vertical drop is greater and the course is longer than what is used in the Giant Slalom.

On the way downhill, athletes still have to pass through a series of gates (more gates than in the Giant Slalom), but the gates are spaced widely apart to account for the increased speed.

The fastest competition, where the only objective is to reach the base as quickly as possible within a single run while remaining inside the course’s boundaries.

The Olympic record for longest course length is 2,857 metres, set in the men’s downhill (9,373 feet). Slalom is all about precision and control, while downhill is all about speed.

Throughout the course, racers will encounter multiple changes in direction and will have to expertly navigate through tightly placed gates. Disqualification occurs if any of the gates are missed.