The Nintendo Switch is now one of the biggest selling game consoles of all time. Despite disappointing with its recent Switch OLED release, the Nintendo Switch still enjoys booming sales, surpassing Microsoft’s Xbox and Sony’s PS3 with 89 million units sold. These numbers can be attributed to the devices’ ease of access: at the cost of lower-performing specs, the device offers versatility as both a handheld and a home console.

So, here are some of the card games available on the Nintendo Switch.

This exciting party game is now available in video game form. In UNO for the Nintendo Switch, players can find matches online, or challenge AI opponents.

The game’s rules remain the same. Players are dealt seven cards, and whoever’s first to discard all their cards from their hand wins. UNORules.com explains that to discard cards, players must match the number, color, or action of the top card in the discard pile. If you don’t have any, you can also use a Wild Card to change the color in play, or simply pass and draw a card. In Ubisoft’s version of UNO, there are also themed decks that add cards with new gameplay features to keep things unpredictable.

Players looking for a casual environment to play poker can look forward to Be A Poker Champion! Texas Hold’em. In the digital version of the casino classic, you can test your poker skills against AI opponents possessing varying skill levels.

The goal of the game is simple: win all the chips. Poker.org explains that to do this, players must build the best possible five-card hand within four betting rounds. At the start of the game, players are dealt two cards, which they must combine with the community cards that are dealt per betting round. The person with the highest value combination—or the person who can bluff and intimidate their opponents to fold—wins.

If you’re looking to hone your poker skills, Be A Poker Champion! Texas Hold’em offers support features such as hints and hand analysis to help you figure out the best possible plays. This makes it suitable for beginners who want to get better at poker, but don’t want to play with real stakes.

Solitaire is for people looking for a game that’s a little more slow-paced. The Nintendo Switch adaptation of the classic makes the many variations of the single-player card game available in one package. Called World of Solitaire, the software comes with Klondike, Spider, FreeCell, Tri-Peaks, and Pyramid. The objective of these games is to stack cards in order according to their suits—and yes, you do need both luck and strategy to be successful. 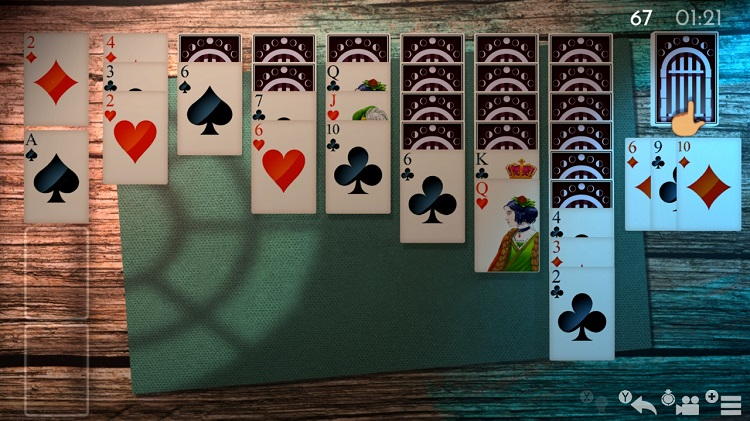 World of Solitaire also has a quest mode, which adds a story to the game. Players are incentivized to improve their skills as achievements and experience points can unlock customization features for decks, music, and cards. Beginner players can look forward to the game’s support features, which include a game tutorial.

Uno, Texas Hold’em, and Solitaire may have very different game mechanics and objectives, but these three card classics will certainly entertain Nintendo Switch users for many years to come.