The 10-episode tour of Carrie and company’s modern day lives is now complete, my friends. I don’t know whether I had big hopes for the finale because this show has been so depressing and dull, but it would have been lovely to have some sort of resolution when Carrie dumped Big’s ashes off a bridge in Paris.

On the subject of Big, I’m a “woo-woo,” so I liked that Carrie realised that her first date as a newly single person was probably going to be a bad one, and that Big was reduced to a reading lamp. 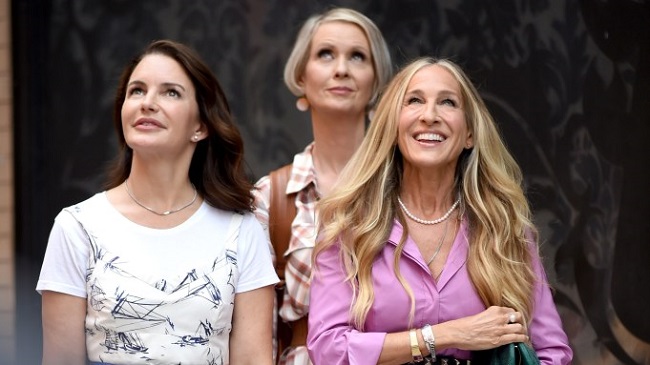 Miranda Tried to Convince Carrie not to Leave the Country With Mikhail.

When compared to Miranda Hobbes’ character annihilation, the restoration of Carrie’s romance pales in comparison. I’m enraged by the way things turned out for her in this season’s episode. Yes, you can divorce your husband and begin a new relationship, but should you do it at the expense of your career? Is this coming from the person who was the most career-oriented of the original four? It’s beyond my comprehension.

.An intelligent person like Miranda is likely to pay attention when their college professor and best friend warn them that they may be making a terrible mistake. Instead, she’s boarding a plane to Los Angeles to join Che’s adoring fans once more.

After Carrie and Mikhail Baryshnikov broke up at the end of the series, Miranda tried to convince Carrie not to leave the country with Mikhail.

Internship With a Human Rights Organisation

Look. We all know marriages don’t last, but Miranda appears to be happier than she has in a long time, so congrats on that. The show, on the other hand, portrayed it as if she were leaving up a prestigious, hard-to-get internship with a human rights organisation to go hang out poolside with Che in California. When it comes to love, what is that saying about women? This character’s arc has taken a terrible and depressing turn. As a bonus, she’s back to her natural hair colour.

Lisa and Charlotte had their Final Conversation

When Lisa and Charlotte had their final conversation, it was about the continual fear of failure that comes with parenthood, especially mothering teenagers (I definitely hear you on that one, Charlotte.) It would have been better if Rock had spoken up before the 130 challahs arrived, but at least we have one last wonderful picture of the Goldenblatt family to remember them by.

It’s no surprise that Nya’s future is anything but settled, and Seema is confined to a sex quarantine. And Just Like That… did manage to introduce some amazing new characters, but it’s a shame that the programme couldn’t have given them a little more development.

If there is a second season, then… If there is one, I wouldn’t be shocked at all because the recently released AJLT documentary hints to the “season one” behind-the-scenes moments. Even though I won’t be writing about it, I’m not sure if I’ll watch it. As much as I admire Michael Patrick King and the rest of the cast, I can understand their desire to do a greater job than they did this season. In spite of the fact that these 10 episodes do not speak well for the show’s long-term viability. Without Samantha, the show isn’t going to work at all.

“Tragically Hip,” in which the programme opted to centre a whole episode around Carrie’s hip surgery, squeezed in a sex scene so repulsive that it still gives me nightmares, and wrapped it all up with some fat-shaming.

In the early days of the show we were hopeful about Big’s burial, which had some touching moments (particularly Samantha’s flowers).

An overall grade of C-